The Australian Rules Football League of Ireland (ARFLI) has today revealed that Jeep Ireland has signed up to become its official sponsor for the next three seasons.

The partnership between ARFLI and Jeep will run from 2011 to 2013 and will extend across all Australian Football competitions and development programmes including the Schools’ Cup. The Jeep logo will also appear on the national team kit during the AFL Europe annual EuroCup event, which takes place in Belfast on October 8th hosted by ARFLI.

Jeep Ireland’s investment in Australian Football in this country is the largest single investment made in the sport and will allow ARFLI to continue to grow participation levels year on year. Announcing the partnership ARFLI President Ciaran O’ Hara said:“We are delighted to have Jeep on board as our major sponsor and partner for the next three years. Jeep’s involvement with us will help us establish new development programmes and raise the profile of our domestic competitions, not to mention assisting us in the push to win the EuroCup on home soil later this year. Jeep’s partnership, coupled with our recent partnership with Waterford-based Azzurri Sportswear, represents a massive endorsement of our league and we hope that our members, their families and our wider community will support our partners as passionately as they support us.”

“Given the rugged, tough nature of Jeep vehicles we’re delighted to be involved in similarly tough, no-nonsense sport such as the Australian Rules Football League. With the annual AFL Europe EuroCup taking place in Belfast later this year it’s the perfect time for Jeep Ireland to get behind the Irish team, and we’re very excited about becoming the official sponsor of Australian Rules Football in Ireland as the popularity of this skilful and demanding sport grows and grows over the next few years.”

The announcement of Jeep Ireland’s partnership coincides with the launch of a new Brand identity for ARFLI. LockerRoom 51 Sports Branding Studio has designed new logos and branding for all of ARFLI’s programmes, national team uniforms and competitions.

On this date, 18 years ago, a basketball legend closed his eyes forever. Drazen Petrovic died in a car accident. In my subjectiv opinion, if he lived and played in NBA for few more years he would now be considered one of the top 20 players ever. I grew up watching him. He was a sole reason why I watched basketball, actually at that time, I lived basketball, now I only watch basketball. Drazen is probably the best Croatian athlete of all times (although maybe Goran Ivanisevic, Janica Kostelic or Blanka Vlasic wouldn’t agree). Drazen, you will live forever in our hearts. Buy poster at: http://lockerroom51store.bigcartel.com/ 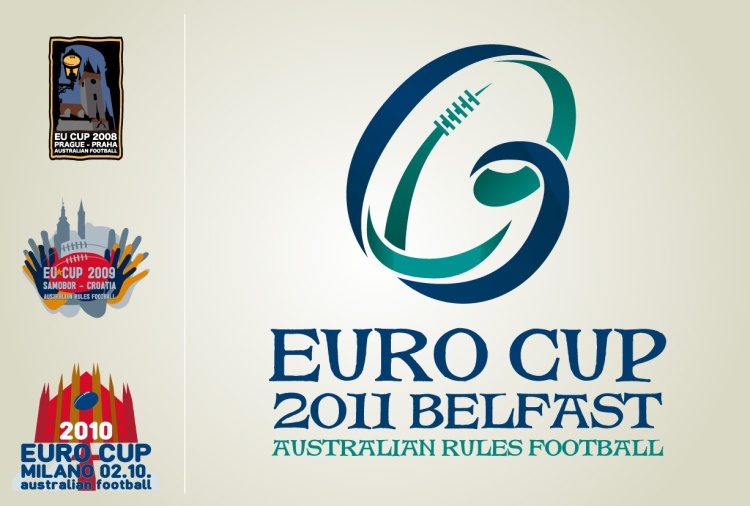 Euro Cup is an annual 9-a-side national team Championship, played weekend after the AFL Grand Final (or the weekend of Grand Final reply :)). LR51 designed all previous logos (last 3 shown) and was commissioned to design this years logo and identity as well. The logo is composed of big letter B for Belfast, but you can also find E and C (Euro Cup) in it as well. Obviously letter B forms a footy ball. As the tournament approaches LR51 will design  (and post here) medals, trophies, T-shirts and all other merchendise that will be sold at the venue.

Recently founded 4th Croatian Aussie rules footy club approached LR51 to develop their identity. The requirement was to do something similar to Greater Wester Sydney Giants (http://www.gwsgiants.com.au/). As for now, Zaprudje footy club is without nickname, but will try to get GWS Giants on board to become their first international sister club, and adopt the Giants nickname. The idea was to have a Z as a club logo, but in Australia Giants are laying in the most popular league, while footy here is not so popular, therefore people wouldn’t associate Z with footy, that’s why Z was merged with a footy and this is the final result. Colors are Giants’ charcoal and orange, while font is simple and bold, similar to GWS Giants.

Having celebrated the organization’s tenth anniversary in 2010, the Australian Rules Football League of Ireland wanted to develop a new brand identity as it enters its second decade of existence.  To achieve this the  ARFLI engaged Locker  Room 51 Sports Branding Studio, who have a great deal of experience working with Australian Football League’s and clubs internationally. The starting point was to incorporate the sportís most iconic symbol, it’s oval ball. While Australian Football is played to varying rules throughout the world, the one constant has been the footy itself, oval in shape, yet uniquely different to an American Football or a Rugby Ball. In order to give the new identity a distinctly Irish feel, a number of Celtic motifs were considered. Ultimately the one which had the greatest impact was a Celtic Triquetra. The Triquetra has been a symbol in Ireland for hundreds of years and has been found in metal work and illuminated manuscripts, most notably the book of kelts. Combining the football and the triquetra, what emerges is a striking image clearly representing the fusion of Australian Football and Irish tradition and culture. The football has been rotated slightly, and the triquetra upturned to merge with the football and form itís inner and outer lines. This element will be the “Irish Footy Icon” and will be featured in all primary and subsidiary ARFLI brands. The colours used are those of the Irish tricolour, green representing the Irish Nationalist tradition, orange representing the Orange tradition and white representing peace between the two cultures. As green will dominate as a background colour on print documents, websites and apparell, the icon is predominately Orange with deep blue highlights. The Primary Logo has the Irish Footy Icon overlayed with the acronym ARFLI and underneath the words Australian Rules Football League of Ireland. The Secondary Logo has the Irish Footy Icon overlayed with the acronym ARFLI, this time without anything written underneath. Aside from the Primary Brand, ARFLI has a number of Subsidiary brands. These are specifically used for National Representative teams and for the League’s overseas affiliates. Irish Warriors – The Irish Warriors is Ireland’s National Mens Australian Rules Team and have participated in International Competition since 2001 winning the Atlantic Alliance Cup, the AFL International Cup and the European Championship during that time. Irish Banshees – Having established Women’s Football for the first time in 2010, Ireland sent a National Team to participate in the 2010 EuroCup in Milan, Italy. In 2010 they will compete in the AFL International Cup in Melbourne and Sydney. The Banshees nickname was chosen by the team members. Irsih Exiles – The Irish Exiles are representative teams for Irish Emigrants based in the United Kingdom and Australia. The best players from both teams go on to represent the Irish Warriors in International Competition. 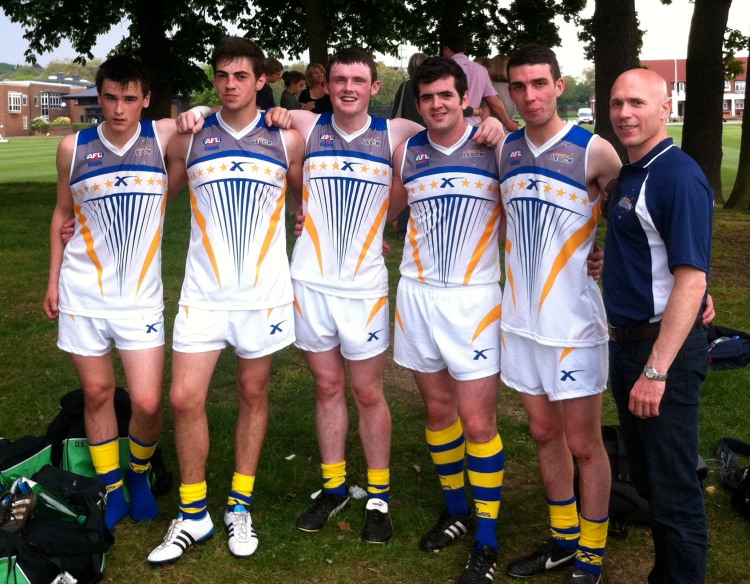 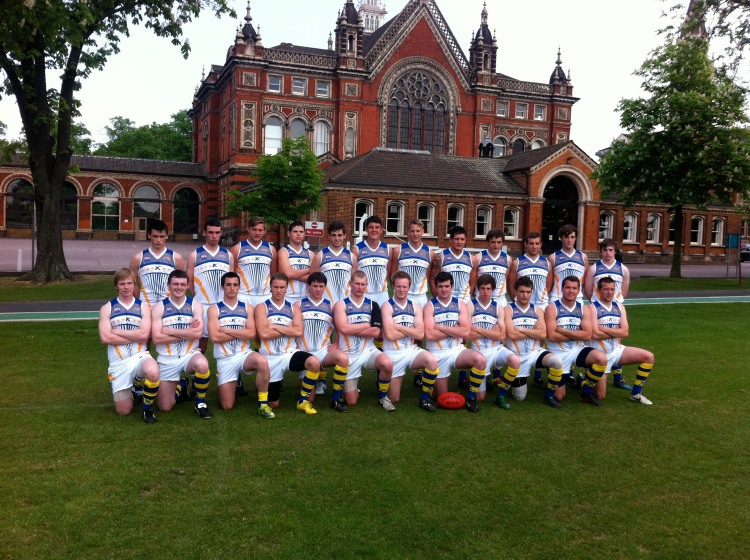 Europan Legion is U23 Australian Football team representing Europe. On April 24th, Legion played in Dulwich College, London, a match against AIS AFL Academy, top young footy players form Australia. LR51 was commissioned to design logo and uniforms for European Legion. THe uniforms were produced by X-blades. Everyone on the Legion was happy with the uniform design, as well as opponents from AFL. 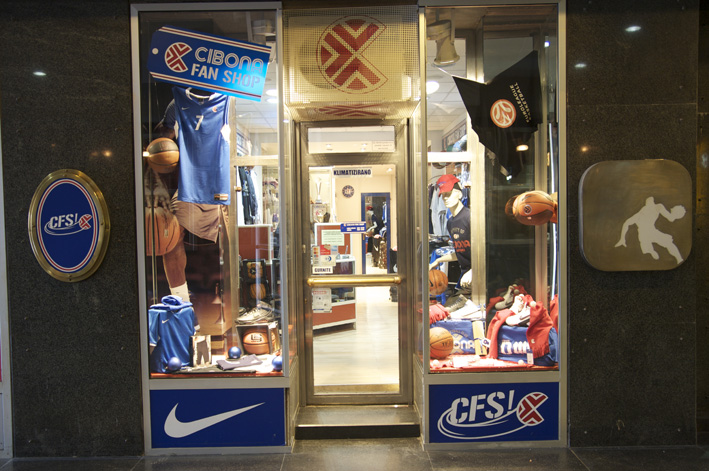 Basketball Club Cibona is the most successful basketball club in Croatia, that just celebrated 25 years of winning two European titles. LR51 and Cibona have long lasting relationship that resulted into a Cibona Fan Shop identity, CFS product brand identity, and many designs for that brand. Those photos are just a small sample of that successful relationship. We wish Cibona another Croatian title, and many many more souvenirs sold. 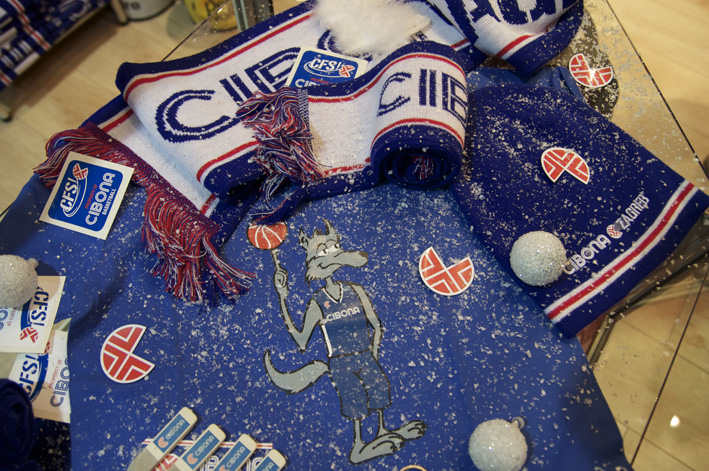 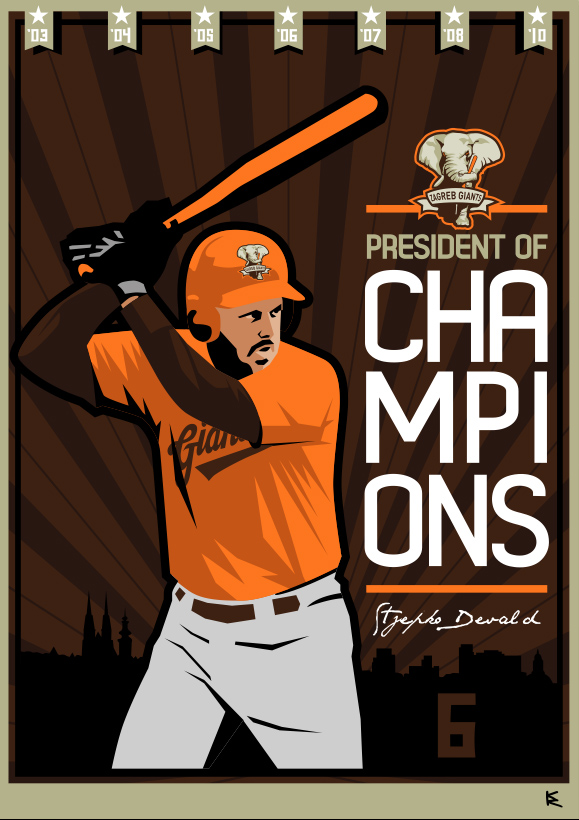 Zagreb Giants are 7 time Croatian fast-pitch softball champions and they asked LR51 to create a poster to thank their president for his services.

LR51 created custom medals for last two EU Cups (last renamed Euro Cup). We also created everything else for past 2 EU/Euro Cups, but medals were the talk of the footy community. They were received so well it put the game on the back seat.

LR51 created a new identity for Nada Split baseball. So far they had only S on their hats, but as S can stand for anything, ST in Croatia is an universal symbol for Split. In the same style Split is written on the jerseys, jackets and T-shirts that team members wear.